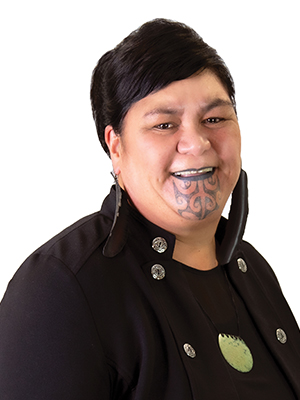 As a mother, and a constituent MP with 20 plus years’ experience who has come from ‘flax-root’ politics, Hon Nanaia Mahuta remains connected to the aspirations of people from all walks of life. Those who work hard for a living so that their children can do better, kaumatua, tradespeople, those who aspire to own their home, those who own small businesses and those who lead a range of services and organisations and huge iwi entities.
During her time in Parliament, Nanaia supported policies and initiatives that built the capacity of communities, especially social service organisations, greater investment in education, employment and training opportunities particularly for young people, supported the continuation of the Treaty settlement process and supported specific initiatives that lift the wellbeing and opportunities for young mums and those who are vulnerable and victims of abuse.
Nanaia is a tribal member of Waikato-Tainui, Ngāti Maniapoto and Ngāti Manu and her parliamentary experience has enabled her to contribute to the collective aspirations of Maori and all New Zealanders.
In the 2020 Labour Government, Nanaia became the first woman to hold the Foreign Affairs portfolio. She is also Minister of Local Government, and Associate Minister for Māori Development. 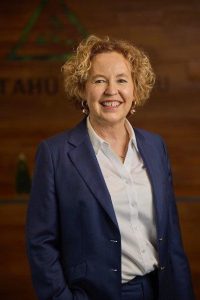 As Chair of Māori and Pacific mental health provider Emerge Aotearoa, Gabrielle Huria has led the organisation to become an NGO leader. She managed the communications strategy for Ngāi Tahu during its negotiation and post-settlement periods. She instigated and was editor of the tribal magazine Te Karaka. She has held several director positions and was Chair of Tahu Communications and the Whanau Ora Te Waipounamu Regional Leadership Team. Following the 2011 Christchurch earthquake, she established the Mana Waitaha Charitable Trust, which developed the infrastructure and land zone reform at Tuahiwi so tribal members could live on their traditional land. Gabrielle is Acting Chair of her local marae at Tuahiwi and Current Chief Executive of Te Kura Taka Pini Ltd, the Ngāi Tahu entity with responsibility for freshwater management within the Ngāi Tahu takiwā. Gabrielle is a member of the Working Group on Representation, Governance and Accountability of new Water Services Entities. Gabrielle has extensive governance expertise and is an RMA Commissioner following completion of the Making Good Decisions training. She strives to leave a positive legacy for future generations through her work and is committed to improving water quality and providing positive and equitable health outcomes for Māori. 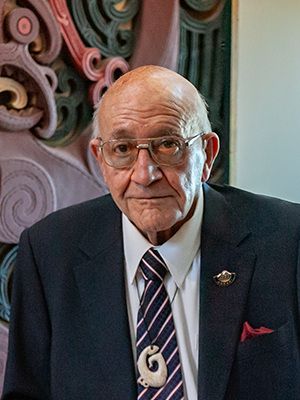 Sir Tipene O’Regan is a former long-serving chairman of the Ngāi Tahu Māori Trust Board. He was a major architect of the Treaty Fisheries settlements of 1989 and 1992. In 1994 he was made a Knights Bachelor. He led the Iwi’s successful land and sea fisheries claims before the Waitangi Tribunal, culminating the Ngai Tahu Treaty Settlement of 1998. He co-chaired the Constitutional Advisory Panel (2012-13) which reported on public views on, and aspirations for, constitutional reform in New Zealand. In addition to his many other roles, he is the Upoko of Te Runaka o Awarua and chairman of Te Pae Kōrako, the Ngāi Tahu Archive advisory committee. In 2022 he received the national accolade as New Zealander of the Year Award – Te Pou Whakarae o Aotearoa, and in the Queen’s Birthday and Platinum Jubilee Honours 2022, he was appointed a Member of the Order of New Zealand – the nation’s highest honour – for services to New Zealand. 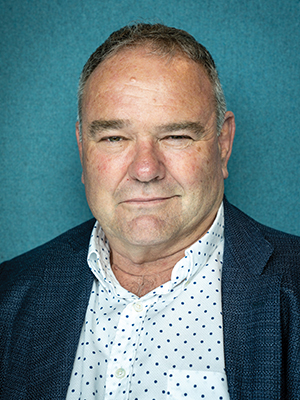 Bill Bayfield is the Chief Executive of Taumata Arowai. He has vast experience in both central and local government and has an in-depth knowledge of drinking water and environmental regulation.
He most recently served over a decade as Chief Executive of Environment Canterbury and previously as Chief Executive of Bay of Plenty Regional Council. He was also Group General Manager at the Ministry for the Environment, with responsibilities for climate change and waste policies of Aotearoa and held senior management roles in the Taranaki Regional Council.
Bill joined Taumata Arowai in May 2020 as Establishment CE and has guided the organisation through “going live” and the beginnings of establishing their new regulatory system. 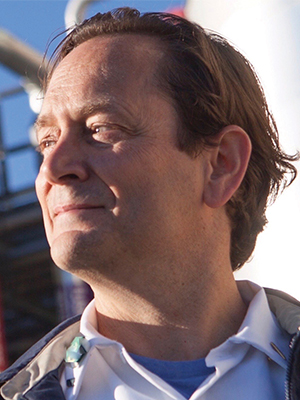 George Hawkins launched his innovation-focused enterprises Moonshot LLC and Moonshot Missions after stepping down as CEO and General Manager of DC Water, where he served for eleven years. George helps agencies identify and adopt strategies to deliver better service and lower cost.

George serves on the National Infrastructure Advisory Council, which advises the White House. George is an advisor to Xylem, Inc. and is an Executive in Residence for XPV Water Partners. George serves on the Board of the North American Electric Reliability Corporation. George has served as a Senior Lecturer at Princeton University and an Executive in Residence for American University.

Mr. Hawkins also served as Director of the DC Department of the Environment and served as Director of non-profit organizations and held positions with the USEPA and the firm Ropes & Gray.
George is a popular speaker on water, infrastructure, and environmental issues. He has been the recipient of many awards, including the AWWA’s Fuller Award for Leadership and Innovation, Governing Magazine’s Public Official of the Year in 2015, WEF Public Official of the Year in 2016, and the Water Leader of the Year Prize in 2017. DC Water was awarded the US Water Prize in 2016. 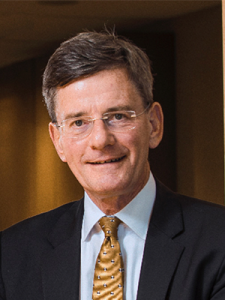 Christopher Finlayson was born and educated in Wellington. After graduating with a BA in Latin and a LLM from Victoria University, he practiced law in Wellington as a solicitor before going to the Bar in 2002. He was elected to Parliament in 2005 and became Attorney-General and Minister for Treaty of Waitangi Negotiations in 2008. Mr Finlayson held those positions until October 2017. During his Ministerial career he also held a number of other portfolios. He was chair of the Privileges Committee of Parliament from 2011-2017.

Mr Finlayson retired from Parliament on 30 January 2019 to return to the Bar.

In the course of his career, Mr Finlayson has served on a number of professional bodies including:

Outside of law Mr Finlayson has had extensive involvement in arts and culture. He previously served as chair of the Arts Board of Creative New Zealand and was a trustee of a number of arts organisations before he entered Parliament. Since leaving Parliament he has become a trustee of Chamber Music New Zealand, The Archibald Baxter Memorial Trust, The School of Dance Foundation and the Adam Foundation.

Mr Finlayson is a foundation author of McGechan on Procedure, the leading text on the practice and procedure of the Senior Courts of New Zealand. In 2018 he received a grant from the New Zealand Law Foundation to complete a book on the Crown Māori relationship, and he is also in the initial stages of writing a book on the Office of the Attorney-General.

In the course of his career Mr Finlayson has appeared in all the courts of New Zealand in public and commercial law cases. Examples of commercial cases are cases involving the Commerce Act, copyright, contract interpretation and many others. Prior to entering Parliament in 2005 his last case involved acting for the Sisters of Mercy in an historic abuse case where he was successful in both the High Court and Court of Appeal.

In 2013 he represented New Zealand in the International Court of Justice in a case where Australia sued Japan seeking to stop commercial whaling in the Southern Oceans. New Zealand intervened and Mr Finlayson led the case for New Zealand. 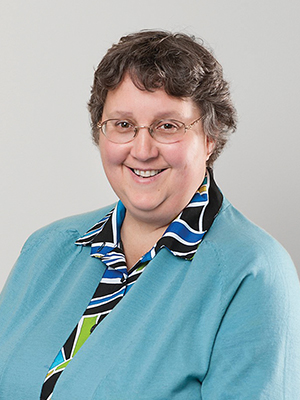 I whakapapa to Ngai Tahu, from the South Island of New Zealand, and am an active member of Te Runanga o Moeraki.
I completed a BA at the University of Otago and taught for six years at schools in Dunedin and the Taieri before completing a master’s degree in resource and Regional Planning. I then worked in the planning field, firstly for the Electricity Corporation of New Zealand and then for the Southern Regional Health Authority.

In 1996 I began consultancy work, being involved with the Ngai Tahu claim and other iwi resource management projects. I returned to university and completed a PhD (Otago: 2003) focusing on environmental co-management of freshwater from an indigenous perspective.
For the last 20+ years I have worked on freshwater projects mainly for the benefit of Maori. The focus over the last few years has been developing practical tools for Maori to use to aid freshwater decision-making. Jointly with Laurel Teirney we developed a Cultural Health Index for assessing stream health.
More recently I have worked with Maori to undertake cultural flow preference studies (in more than 50 streams), to help Maori identify the flows they believe necessary to protect their cultural rights and interests. In some catchments, we now have flow regimes that respond to stated cultural preferences.

I have held several governance roles within Ngai Tahu and Crown organisations. I continue to hold responsibilities for resource management on behalf of Te Runanga O Moeraki.

In 2021 Gail received the New Zealand Order of Merit for services to Māori and environmental management. 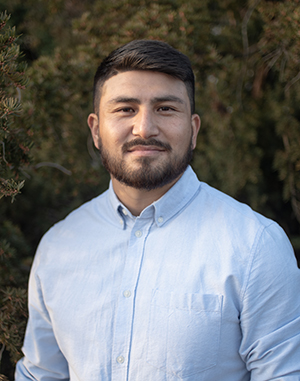 Abbas Nazari is a former Afghan refugee who fled the Taliban in 2001. Abbas was one of more than 400 asylum seekers who were rescued by the Norwegian container ship, the MV Tampa, in the Indian Ocean as they sought asylum in Australia in 2001. After being denied asylum in Australia and held offshore for weeks by Australian special forces, Abbas and his family were eventually resettled in New Zealand. Having arrived as an eight year old with no English, Abbas went on to place third in the New Zealand Spelling Bee a few years later, play representative rugby, and graduated from the University of Canterbury with a Bachelors in Diplomacy and International Relations. In 2019 he was awarded a Fulbright scholarship where he has just completed a Master’s at Georgetown University in Washington DC. While in the United States, Abbas wrote and published his family memoir, After The Tampa: From Afghanistan to New Zealand which has received critical acclaim and become a number 1 New Zealand bestseller. As a speaker, Abbas shares his journey, his experiences of thriving in a foreign country, and some lessons learned along the way.